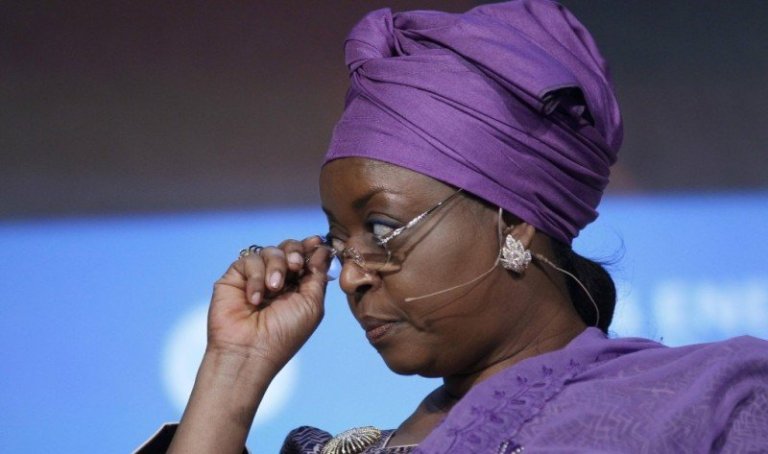 The immediate past Minister of Petroleum Resources, Diezani Alison-Madueke, was on Friday arrested in London, PREMIUM TIMES can exclusively and authoritatively report.

The former minister, who was one of the most powerful officials of the President Goodluck Jonathan administration, was arrested Friday morning alongside four other people by the British law enforcement agency.
The identities of the four other people arrested along with her could not be immediately ascertained.

PREMIUM TIMES learnt she was arrested for offences related to bribery and corruption being investigated by the UK National Crime Agency.
Two top British officials in London have however confirmed the development to this newspaper. They requested not to be named because they have no permission to speak on the issue.

The British High Commission in Nigeria confirmed that some arrests were made Friday but declined to disclose the identities of those involved.
Joseph Abuku, Press and Public Affairs Officer, said, “This morning, five people between the ages of 21 and 60 were arrested on suspicion of bribery and corruption offences. The crimes are being investigated by the National Crime Agency.

“The National Crime Agency does not confirm identity at arrest nor provide information that could be used to corroborate the identity of an arrested individual.”

It is not clear whether the former minister was arrested based on request from the Nigerian government.

President Muhammadu Buhari had on September 27 hinted that those who misappropriated billions of naira belonging to Nigeria’s state oil company NNPC, would soon be prosecuted.

Mr. Buhari said at a meeting with President Xi Jinping of China in New York that his administration was determined to fully sanitize Nigeria’s oil industry and make it totally free of corruption and shady deals.
The President did not, however, say how soon the prosecutions would start or if indeed investigations had been concluded and whether culpable individuals had been identified.
The NNPC under the immediate past administration of President Goodluck Jonathan was involved in several shady deals, many of which have been cancelled by the present government.

However, Mrs. Alison-Madueke, accused of several corrupt dealings, has stayed away from Nigeria since Mr. Buhari was sworn-in as president.